Michael, Don Walz’s son, just wrote me a personal message about an article on his father.

Thank you for publishing these pictures. I am the son that was with Donald in 2000 (the coloured photographs) The woman in question in the first two photographs is Arlette Hollier-Larousse from Louvigny near Caen. She was our host. In photograph #4 the other gentleman is Thierry Hollier- Larousse, Arlette’s husband.
The mayor of Sassy in the photographs is André Barbot, I do not recall his wife’s name. I do hope this helps clarify for you

Here are some pictures sent by Samuel Magdelaine who found out about this blog paying homage to 443 Squadron. His grandfather had helped Donald Walz escaping from the Germans when he was shot down.

I will continue with  the translation of the last post in the coming weeks so people in France can read this amazing story about Donald Walz. 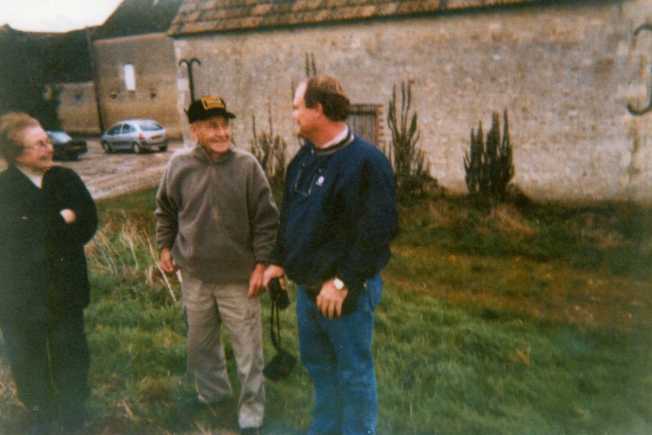 Donald Waltz with his son Michael and Arlette Hollier-Larousse

Donald Walz with Arlette Hollier-Larousse and André Barbot, the mayor of Sassy in 1984 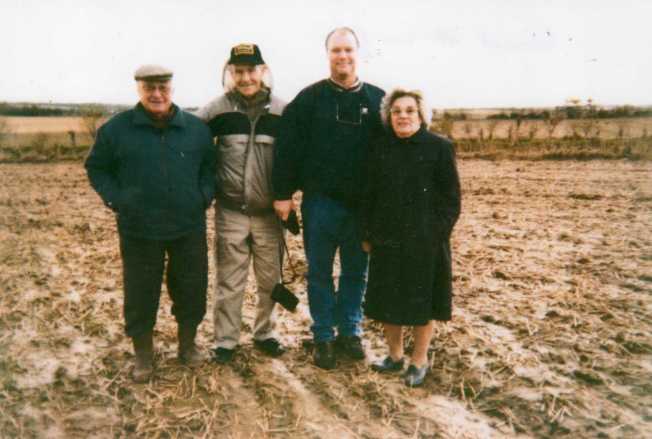 Donald Walz with his son Michael, André Barbot, the mayor of Sassy and the mayor’s wife at the scene of the crash.

Donald Walz listening to the mayor of Sassy in 1984 talking on the microphone. Next to him, on his right is the person who was mayor in 1944. The man holding a present is Samuel’s grandfather. Samuel is the little boy with his arms crossed on the extreme left. 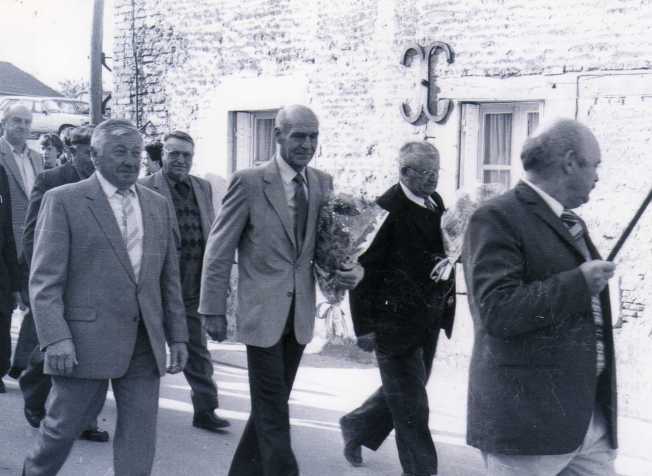 Donald Walz with flowers in his hands. Next to him on his left is Samuel’s grandfather. Sassy’s mayor in 1984 in on the left of the picture.

Donald Walz with Samuel’s grandfather presenting him with a gift. His father told him that his grandfather was very moved.