I was looking for the comment made by Michael.

I can now share what he sent me with this message:

Greetings from Sacramento California. Where are you located?
The following are photos of my trip to Sassy France in October of 2005. I met with Maire Bernard Levavasseur and presented him a proclamation to people of the  city of Sassy. The proclamation thanked the city and people for burying Luis Perez Gomez as one of their own.
We met a local citizen who in 1944, was a 21 year old farmer. He witnessed the aerial fight between Luis and a German fighter. Luis crashed and after a few days of guarding the crash site the Germans allowed the citizens of Sassy to bury Luis. In the small maire’s office there is a book with mementos of Luis and Dorothy Pratt. The book included the pilot wings he earned and gave to Dorothy before he went to England. Also a heart necklace that Luis gave to her.

The people of Sassy France were very nice and pleasant. An article was also written in a local French newspaper.

Michael with the mayor of Sassy…

A witness of the dogfight… 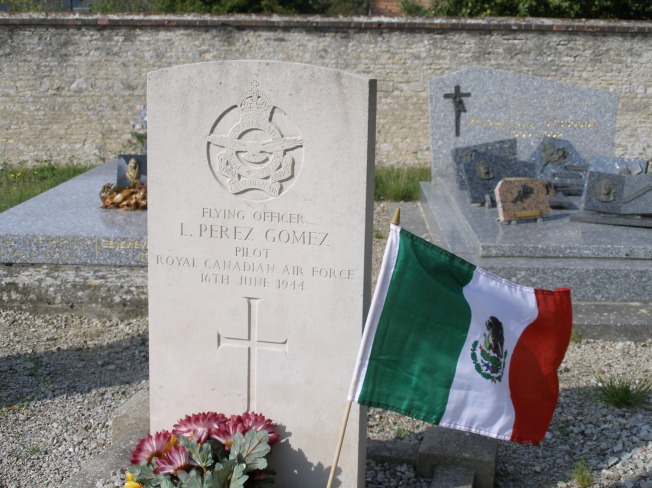 The grave of Luis Perez-Gomez

Michael Perez, the mayor, and an unidentified man

Newspaper clipping (to be translated in English later) 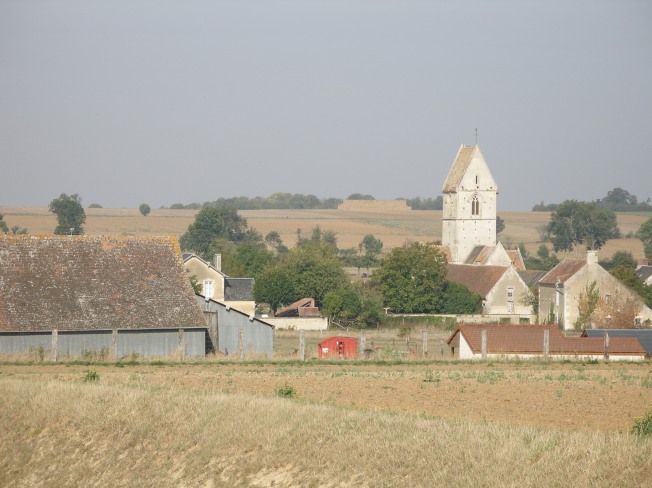